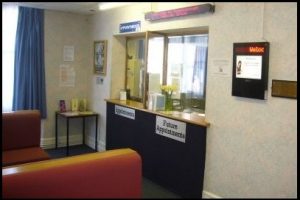 At the 3 yearly review of the Premises reimbursement rent on the surgeries occupied by the practice, manager Debbie Westmoreland was considering the options available to them “We’d previously used a firm of national surveyors but were unhappy with the level of fees that we were charged”.

At around the same time, a fellow practice manager recommended Bryan to her as a surgery valuer who had a strong track record of representing GP practices through the rent reimbursement appeal process. On this basis, and the reasonable fee proposal confirmed by Bryan, the practice appointed Wootten Dean.

Bryan recalled “when I inspected the 3 surgeries occupied by the practice, it was clear that the physical and locational differences between two of the properties in particular would make a significant difference to the unit price adopted in the assessment of value; One of the properties was a slightly older purpose built surgery in a pleasant neighbourhood on the edge of town whilst another was a period property in a far more central location. Whilst I understood the approach taken by the District Valuer in his assessment, in my mind there were some characteristics of these two surgeries that hadn’t been properly reflected in the Current Market Rent assessment of each property. It was a question of sitting down with the District Valuer to talk through these issues and settlements of other similar surgeries. During these discussions, I was able to persuade the District Valuer that in the light of other settlements it would be reasonable to increase the level of rent reimbursement regarding all 3 surgeries”

Debbie confirmed that the practice were pleased with the work done on their behalf by Bryan “we were pleased to see a healthy increase of nearly 10% in the reimbursement rent and would have no hesitation in using Wootten Dean in the future. We were grateful for the initial recommendation we received and would recommend Wootten Dean to other practices without hesitation.”