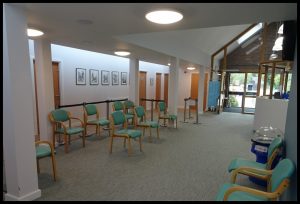 GP SURGERY NEW PREMISES & EXTENSIONS & NHS NOTIONAL RENT CASE STUDY – Like many GP Practices, the Practice at Millfield Surgery in Easingwold, York, had been exploring different ways of increasing the physical capacity of their surgery premises for a number of years; initially this had been with a focus on a new build solution but over time and a change in circumstances it became clear that an extension to their existing surgery could provide a good solution for them.

Practice Manager Darren Dalzell explained “We had been discussing premises solutions with the CCG for a number of years and it became increasingly clear that they would actively support funding for a surgery extension. Taking on a surgery extension raised all sorts of new questions for us, such as ‘where would we find the capacity and technical expertise to progress the NHS approval process for the extension?’ and ‘how do we manage the appointment of project managers, architects and building contractors?’”.

The practice had worked with Bryan from Wootten Dean Surveyors previously on other premises matters and found that Bryan was able to help them move forward in this venture. “Bryan was able to talk us through what was involved in managing the surgery extension process. It was really helpful to understand what our role would be, what appointments we needed to make and the different forms of funding support available to us from the NHS.”

“Bryan was also able to guide us through the process of appointing our Architects/project managers, which I believe was key to the success of the project and he had a real understanding of how to work with our CCG in order to ensure NHS funding approval for the project.”

Bryan’s support to the practice also included writing the Project Initiation Document (PID) and the negotiation of the NHS notional rent with the District Valuer to ensure the financial viability of the project. Bryan commented “This part of my involvement can be critical, as the funding for the partnership’s contribution to the capital cost of the project is usually dependent on the notional rent assessment following the completion of the project”.

Reflecting on working with Bryan throughout their GP surgery extension, Darren concluded “It was great to work with someone who understood the whole process from the outset.  Bryan would be my first call if we ever were considering another surgery extension or new build project in the future”.