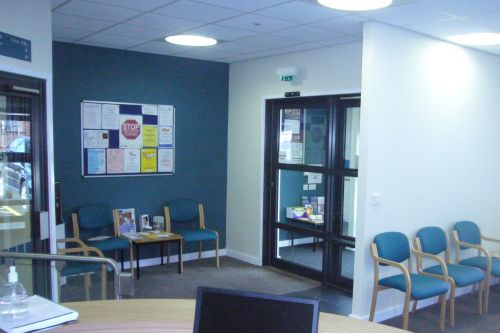 Over the past 5 years the Oakfields Group practice have been busy completing two new surgery developments in County Durham. The practice engaged its’ own professional team for both schemes which were undertaken as GP led and retained developments. For both schemes, Bryan’s experience as a surgery valuer meant that he was well placed to represent the practice during site purchase negotiations and rent reimbursement negotiations with the District Valuer. Lead GP Dr Jon Levick appreciated Bryan’s involvement throughout the process “As anyone who has developed their own surgery will tell you, at times it can be both frustrating and stressful, so it was particularly helpful to have the benefit of Bryan’s significant experience of surgery developments as part of our team”

Bryan was clear about the approach he had to adopt when commencing the site purchase negotiations “At the beginning of both schemes, my priority was to make sure that the sites were purchased at a reasonable price, and that the price reflected the costs that would be incurred as the sites were developed for surgery use. Fortunately I had been involved with other site purchases for surgery developments and was fully aware of the relevant factors involved”.

Dr Levick reflected “Bryan’s expertise and understanding of the requirements of both the District Valuer and the NHS wascrucial to the success of both schemes. His knowledge of the Premises Directions and their implementation proved to be critical to us. If I am ever tempted again to undertake another GP surgery development, Wootten Dean would be the first name on the list as part of our development team.”

The practice also asked Wootten Dean to appeal against the review of the notional rent as assessed by the District Valuer. Dr Levick commented “we were pleasantly surprised by the extent of the increase achieved by Bryan’s negotiations”.